This week I will show you how to sew bias tape that is single fold. Last tutorial we learned about sewing double-fold bias tape. The techniques used are very similar. Single fold bias is often used around clothing necklines and armholes to provide a clean and simple edge finish. You can stitch it inside the garment if you don’t wish to see it or on the outside for a decorative contrast effect.

How to Sew Bias Tape for Necklines and Curves

Necklines, armholes and curves often use single fold bias tape to give a clean edge finish without the use of facing. The most commonly used width is 1/2 inch (12mm) single fold bias as it is easy to handle and narrow enough to curve easily without wrinkling.

You can use store-bought single fold bias tape or make your own. The advantage of making your own is that you have an endless choice of patterned fabrics you can use. Read how to make bias tape. You can make it with or without a bias tape maker so don’t worry if you don’t have any fancy gadgets.

How to Sew Bias Tape – The Video

Watch this quick video I made to show you the process of how to sew bias tape.

HOW TO SEW BIAS TAPE

Step 1: Press in a Curve

Because single fold bias is commonly used around highly curved areas you should start by pressing it in a curve. This helps it sit better with fewer wrinkles in your finished product. Just put your iron on steam and gently manipulate the bias as shown below.

Start by opening up one side of the bias and pinning it with the wrong side up around the raw edge of the fabric.

If you need to overlap the bias for a circular opening like a neck or armhole, then start somewhere like the shoulder seam or back where it won’t be noticed. Fold the end of the bias over by 1/2 inch (12mm).

When you get back to where you started, simply overlap the ends by 1/2 inch (12mm). Just leave the end flat – there is no need to fold the top piece.

Stitch along the bias in the crease closest to the edge. If you are using 1/2 inch (12mm) single fold bias hen this will be 1/4 inch (6mm) from the raw edge.

Now press the bias to the other side and press and pin it down.

See in the picture below how the seam is now on the edge. The edges should be tucked under.

Edge stitch the bias in place close to the bottom edge.  Give your finished bias a really good press. You will be surprised how much flatter it sits.

How to Finish Ends

If you have an edge to finish with single fold bias tape, simply fold the end over when you stitch it in the first step.

Press the bias to the other side with the edge tucked in.

How to Sew Bias Tape | In Conclusion

Here is a photo of bias tape where it is used on the inside of the neckline and armholes. The process is identical except the bias was attached to the outside in the first step and then flipped to the inside. You can see this clearly in the video on how to sew bias tape.

PIN THIS IMAGE FOR LATER 🙂

Previous Post: « Hong Kong Finish: Bias Seams Made Easy
Next Post: How to Make BIAS TAPE | Bias Binding With & Without a Bias Maker » 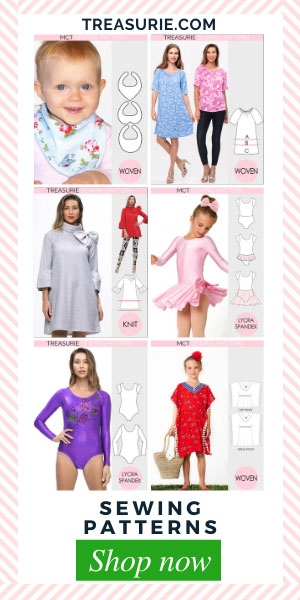